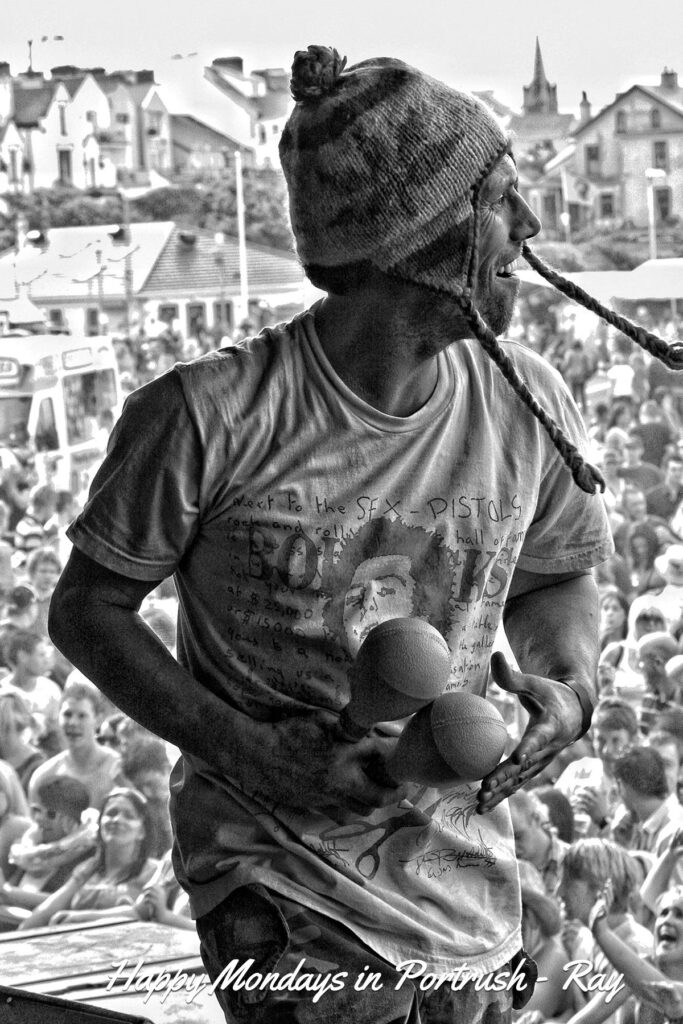 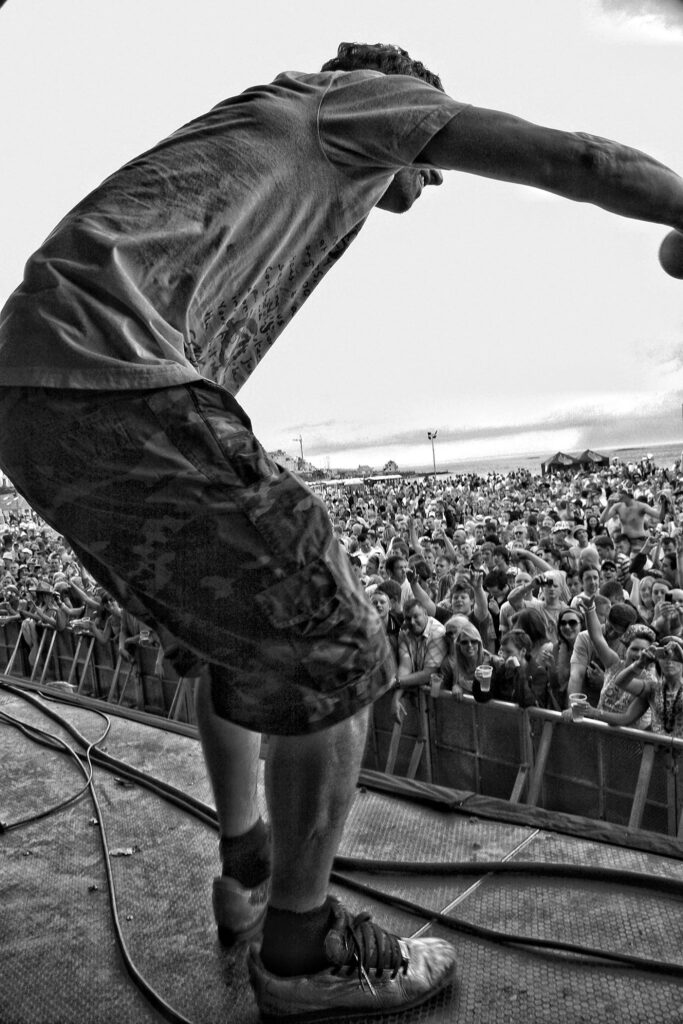 I was invited up to Portrush to take photos of the Happy Mondays, I knew the band members from the Hacienda days, and they where coming over from Madchester – Manchester to play the big gig in Portrush, and BEZ was with them.

The tour bus was parked at the back of the stage, the band had already climbed the back stairs and where playing the intro for “Jelly Bean”, Sean (Ryder) was still on the bus, and still in outerspace. He eventually came out, and I followed him on stage, the rest is history.

Here are the band performing Jellybean Live at Fuji Rock 2007, it was exactly the same as Portrush 🙂

I stayed the whole weekend back stage with the Mondays, Basement Jaxx & Pete Tong among others.

One day in 2008, I went down to Dolan’s Wharehouse on the Dock Rd. in Limerick, it was early afternoon. A number of people where having lunch, the smell was awesome. I snuck into the Wharehouse with my camera and began to snap the posters on the walls. In walked this man, who asked what I was doing.

It was Mick Dolan, we had a conversation and he made me resident photographer, the deal being 2 wrist bands at “every gig” on the door, in return for pictures of the gigs.

It was a no brainer!

It eventually turned into invites from The Cork Marquee gigs, Heineken Green Spheres gigs, Coors light on the docks gigs, trips with The Blizzards, The Stunning and lots more. From 2007 until 2014 was a truley amazing time. I sometimes had to pinch myself finding myself back stage with The Prodigy/Simple Minds/Mick Flannery/Riosin Murphy/Imelda May/Franz Ferdinand/Saw Doctors etc..

I have always had that lucky streak!

Share To FacebookShare To Facebook
Manage Cookie Consent
To provide the best experiences, we use technologies like cookies to store and/or access device information. Consenting to these technologies will allow us to process data such as browsing behavior or unique IDs on this site. Not consenting or withdrawing consent, may adversely affect certain features and functions.
Manage options Manage services Manage vendors Read more about these purposes
View preferences
{title} {title} {title}